NSX import from Germany for an austrian client

Once again we travelled to Germany to look for a NSX which was for sale. As a new austrian client was looking for one, we called him and drove about 300 km. The car was offered for 40k with manual gearbox and 84000 km on the matching engine. So you need not to think twice. In addition it was build before 1992 and as austrian this means you save a lot additional taxes to get it registered. Importing a car from european countries to austria normally means extra costs because of 16% NOVA of the purchasing price. As this special tax was introduced in 1992 you need not to pay for cars built before and on a car worth more 40k this is a major benefit.

After investigating the car for 2.5 hours we found the usual and also the unusual defects and suggested Michael (the new owner) the following:

The car was garaged for 10 years and was started 2-3 times a year
The rear panel was changed but was repaird very good as we found out
In addition, a 55-65tsd NSX would not be serviced to our expectations, so it does not matter if the timing belt was made or not, because the engine must come out for service, anyway.

SRS lights up. The horn is working so it´s quaranteed not the cable coil. It is rather the SRS Ecu, which is not available (even in Japan) for a NSX from 1991. From our expierience.
Head lights is broken
Rear lights rights ahs slight cracks
Front fender has a 1 cm crack

BOSE amps. broken at least 2 loudspeakers (on the left the complete unit was re-issued)
Ugly rims with tires that are too old
Center console cutted to fit aftermarket parts
Timing belt and water pump must be swapped (has not been done before)
Holes and cracks on the interior above the belt (transition to the sky)
Silver painted side ductes
Engine ran only on 5 cylinders (bad injector)
Engine cover dampers has been gone
Carbon foil on the left door panel
Additional gauges in the B-pillar.

We did not test drive because of the following reasons:

After talking with Michael we offered 35k due of the list of defects (SRS Eco, engine rough running, cracks…) and our knowledge of parts and maintening costs. All in all, we took the car for € 36,500.00. A very good deal like mine and an overjoyed new NSX owner.

Our NSX maintenance procedure:
Cleaning at our workshop
Engine out for big service incl. new clutch, new injectors, new timing belt, new fluids, cleaning up suspension parts, check of all filters, seals and gaskets, setting up wheel aligment and check of all bell joints
New wheels and tires, new exhaus system, repair of the front fender.
Get the car registered and checked by the authority
Restore interior to OEM with MOMO steering wheel, side ducts repainted to oem black and some TLC to have a great looking car to start into season 2018. 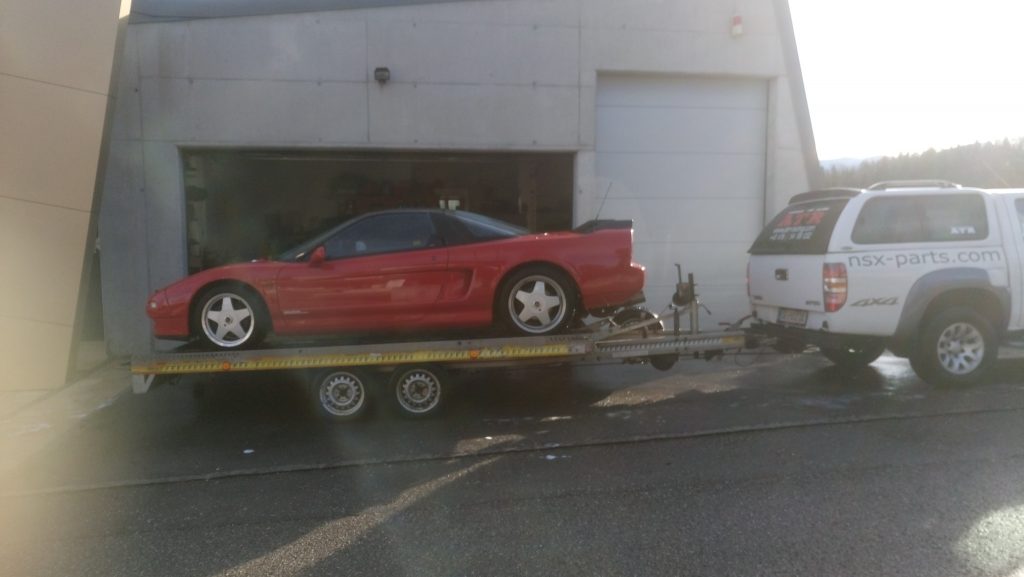 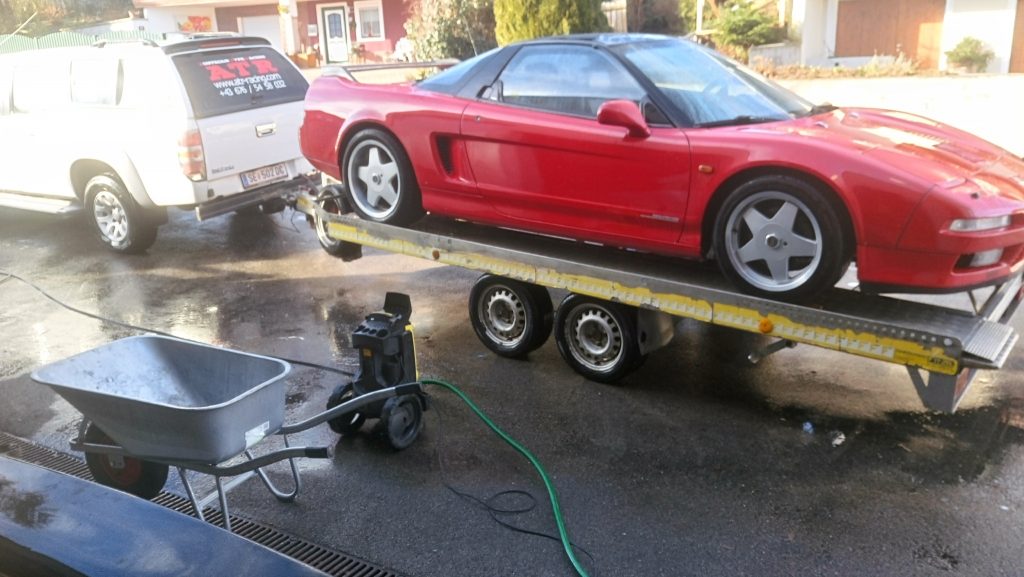 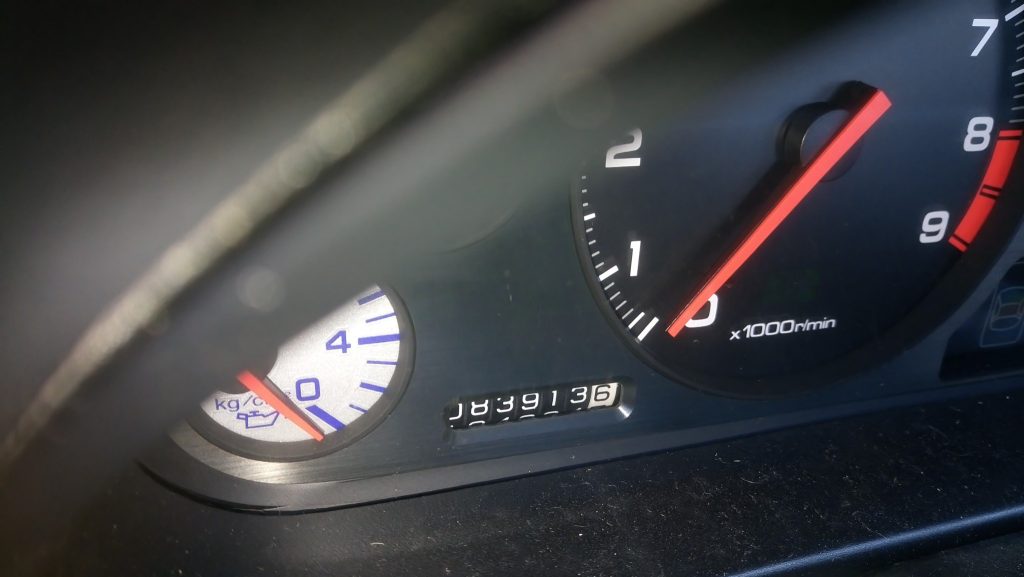 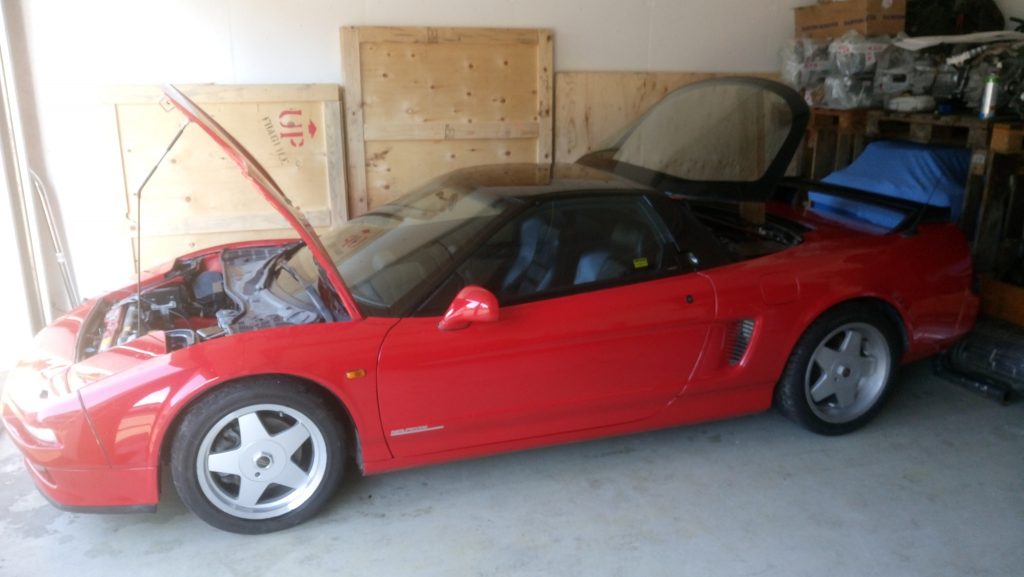 ATR Racing is the specialist for Honda / Acura NSX spare parts. We provide every single part from engines, fenders, springs to head lights and maintain your NSX at our garage on request. 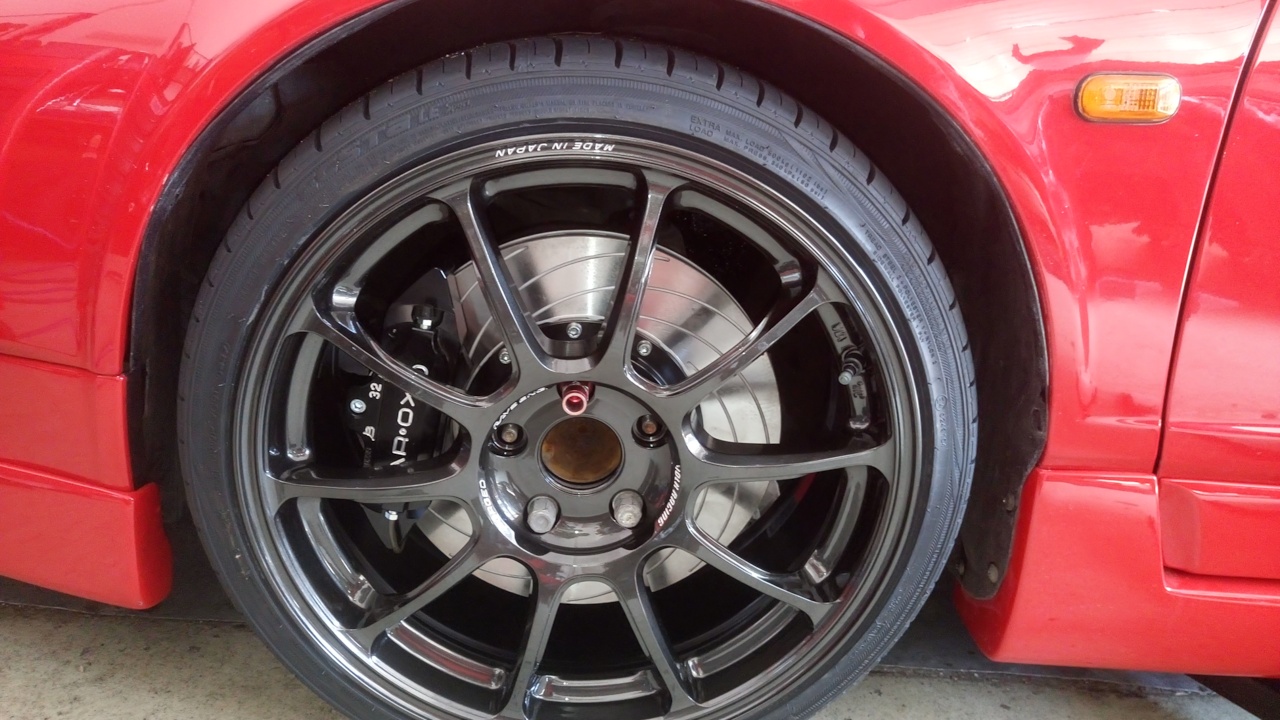 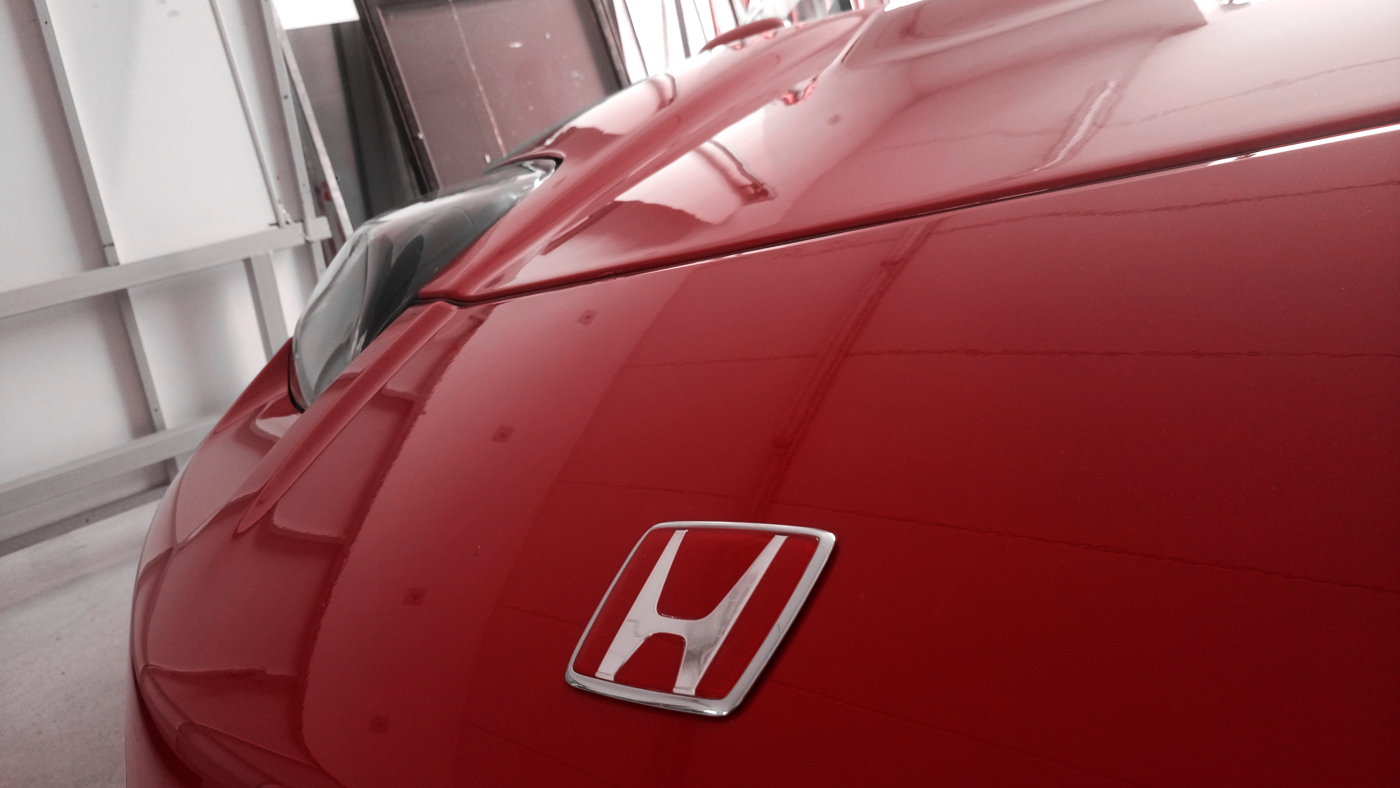 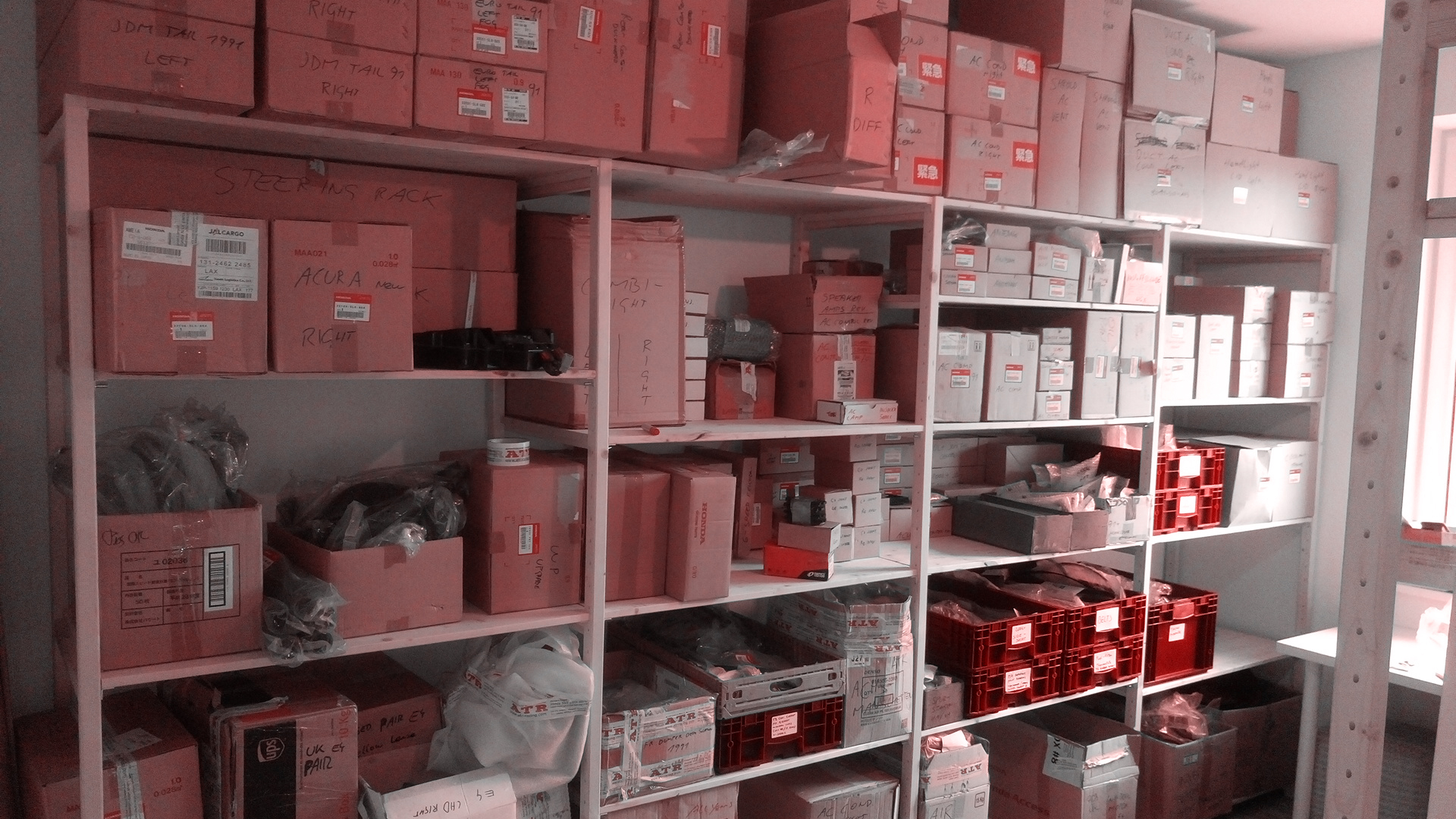 ATR Racing is the specialist for Honda / Acura NSX spare parts. We provide every single part from engines, fenders, springs to lights and maintain your NSX at our garage on request.